Tori Bailey is CEO of Muscle Shoals Broadcasting, and General Manager of WZZA Radio Station. She is responsible for the daily operations of the family owned business, founded in 1972 by her parents, Bob Carl and Odessa Bailey. There, she hosts a talk show, a public affairs program known as “A Look At The Shoals”, discussing a wide range of topics including education, health, politics, financial empowerment.

She is the Democratic candidate for Colbert County Commission, District Four, a seat which had been held for decades by one of her mentors, Commissioner Emmitt Jimmar. Mr. Jimmar was a strong Democrat, and gave his blessing to Tori before she committed to run. She is extremely grateful that the Jimmar family has endorsed her to continue the legacy left by Mr. Jimmar.

She is currently serving her third term as President of the NAACP Tri County Branch, covering Lauderdale, Colbert, and Franklin Counties. Prior to her election as president, she served two terms as the branch secretary and, prior to that, one as assistant secretary. She often hosts the branch’s weekly radio program on WZZA Radio. Under her leadership, membership of the branch has almost quadrupled and its committees are active and engaged.

Since 2004, Tori has chaired the award-winning W.C. Handy Music Festival, which is the largest annual tourism attraction in northwest Alabama featuring approximately three hundred events each year, and generating millions of dollars for the local economy. Tori is also President of the Music Preservation Society, Inc., an organization dedicated to preserving, promoting, and presenting the musical heritage of the Shoals area, and which presents the Handy Festival.

She is Secretary of the City of Sheffield Redevelopment Authority, an entity which has been successful in attracting new business, and supporting expansion of existing business, resulting in an expansion of the city’s economic base. In furtherance of the same purpose for a broader area, she serves as a board member for the Shoals Chamber of Commerce under the leadership of those who have chosen to develop a five-year path building on the foundation of existing companies, while embracing change and emerging entrepreneurial spirit and innovation plus targeting the expanding office building, commercial and retail sectors.

Until May of this year, Tori served as President of the United Way of Northwest Alabama, after having served as First Vice President, and as such was focused on improving community access to Education, Financial Stability, and Health and its mission to improve lives by mobilizing the community to create lasting change by uniting volunteers and resources to solve issues and by addressing health and human service needs with partner agencies and through internal programs.

Tori is politically active, educating voters about election procedures and advocating for fair treatment at the polls. She is an elected member of the State Democratic Executive Committee, having won that seat during the primary elections and thanks Dr. Joe Reed for his support.

Tori is a certified tutor for North Alabama Reading Aides, and has tutored three adults as part of that service. She has also worked with various other non-profits.

She’s proud to be a Christian, and a lifelong member of Mt. Moriah P.B. Church of Florence, though she often visits other churches. She honors God, and credits her parents, Bob Carl and Odessa Bailey, with shaping her into the person she is today. She uses her microphone to share with radio listeners about educational, social, and health related issues, and political and economic empowerment through voter registration and education; is committed to providing a voice and advocate for community; and considers radio to be her calling. 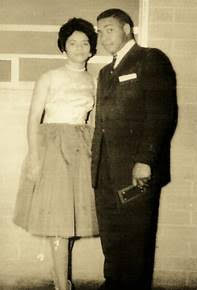 In 1972, Bob Carl and Odessa purchased WZZA-AM Radio Station beginning over four decades of providing a voice to the Shoals area Community. Tori is grateful to both of her parents for setting a great example for her. She often says that her father soared high, and it was her mother who was the wind beneath his wings. She credits both for their business acumen, saying what while her dad was the idealist who had the vision to think creatively, it is her mom who continues to be the realist and has the practicality to help turn dreams into reality. Tori proudly proclaims herself to be her “Daddy’s daughter” (a claim with which her mother wholeheartedly agrees). Bob Carl was extremely loyal to Colbert County and worked tirelessly to make it a better place to live. Tori believes in her dad’s vision of what the Shoals area can be.

Bob Carl Bailey did much for his community. Not only did he provide a voice for people in the Shoals, but he also helped many individuals, churches, and small businesses and served as an advocated to employers, judges and lawyers. He was a philanthropist, a successful businessman, a pioneer, a mentor, and a social activist.

Odessa Vaughn Bailey is also actively involved in the community and has formidable business acumen. She is a leader who has provided consultation relating to city planning, business development, and youth mentoring. Today she is the management force behind WZZA Radio.